I’d avoided the urge to enter the puffer with the intention of making a smart decision and focusing on a decent attempt at solo 24 at the chiller, instead of the quad effort we had done in the past 2 years. To be fair I wasn’t sure how well I’d ride as my health had not been great since Kielder Osprey back in September, I think asking my body to push beyond the norm on a regular basis had eventually taken its tole. However recently I’d completed a fair few long training rides and had noticed my heart rate had begun to look something like what it used to, so I felt good going into this event.

The excitement of heading to a race had not been something I’d experienced for a while and the only cycling joys I’d had in the last 6 months had been watching Donna take the world single speed 24 title in Fort William in October.

So on a rather mild Friday in February myself and Donna drove 3 hours North up the A1 and across the wonderfully bleak Northumbrian countryside to Kielder Castle. Conditions were fairly wild with wind forecast to top out at over 50mph and the risk of falling trees across the course was likely. Nothing for us hardy Northerners to be concerned about though! We pitched the van in the castle carpark and began to worry the race may be cancelled due to safety reasons. Friday passed by and we woke Saturday morning to a surprisingly calmer breeze than the weather forecasts had predicted. I quickly signed myself on and attached the supplied timing chip…then chilled for a while as I’d spent a lot of prep time in the previous week or so on the bikes, so it was just a case of attaching the number and away I went… The rest was up to my overweight body to find some form or die trying. 11am the whistle blew and as I predicted it went off really quickly with Keith Forsyth leading the stampede up the fire road, I held back knowing I’d need to pace this or I wouldn’t make the distance. The course was a mixed bag of long fire road climbs technical single track, uphill rock garden climbs and a black run descent with tabletops! The lap was topped off with the most horrendous fire road climb and a rather satisfying fast flowy technical descent back into transition. Barry and the team really crammed in some great sections and a rather sadistic amount of climbing with riders recording 1300ft per lap.

3 hours in, I was really feeling the pace and was struggling to hold a top 5 position, then I totally cramped up in transition and found it difficult just to get back on the bike for the next 5 minutes. Eventually I pulled myself together and got on top of my hydration and begun to claw my way back, pulling into second place at around the 6hr mark. The young lad riding in first was riding so fast on his single speed that he lapped me and I began to think (or hope) he wouldn’t sustain such a furious pace. I decided at this point I’d ride my own race and not worry about anyone else. Consistent lap times followed into darkness and I got the news at approx. 11 hours in that the young lad ( Liam Glen) in front had cracked and I could unlap myself and take the lead if I maintained the pace. So as we went into the second half of the rather mild ‘chiller’ I took the lead….Then I began to keep an eye on Tom Hodgkinson as he was riding a very consistent and calculated race and was looking for the cracks to appear in my riding. I knew it wouldn’t be a case of cutting the race short with an easy win, Tom was going to push to the bitter end and I’d have to plod on even if I wasn’t particularly quick. It’s often mind games and this was a great example of needing mental fitness and the will to win. As the last 2 hours approached I began to make calculations and realised I couldn’t really lose unless I stopped, so I pushed through the burning leg pain and up the horrendous final fire road climb twice more to secure a winter 24hr solo win at Kielder. Not bad for an almost-40 year old who had a six month break in competing!;)

I managed to take the win by two laps  Tom and Chris Rudd who had battled throughout for a close 2nd and 3rd had stopped having a fair gap on the chasers.

Barry presented the overall solo male and female riders with a unique ‘Kielder chiller 24’ winner’s jersey which was a nice touch. I can’t praise Highfell events enough they put everything into making this great event happen and are genuinely interested in rider feedback. 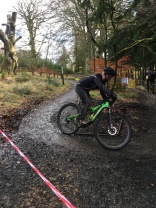 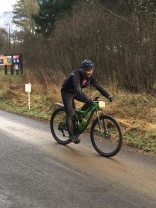 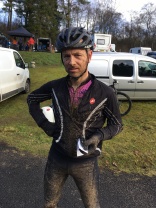 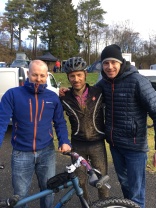 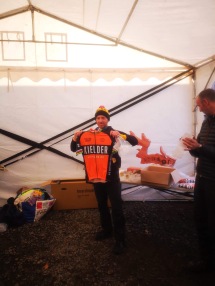 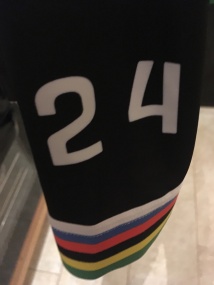 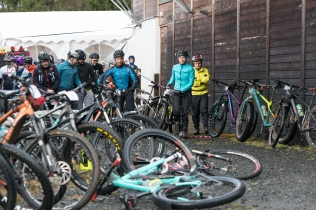 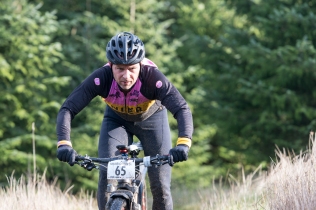 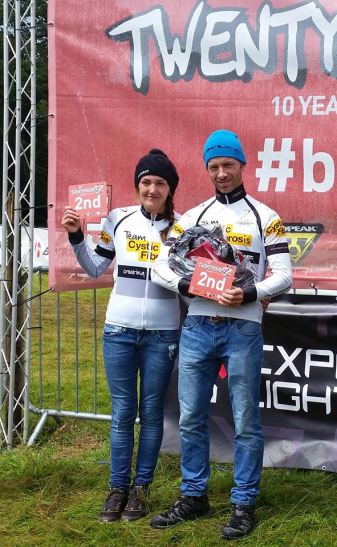 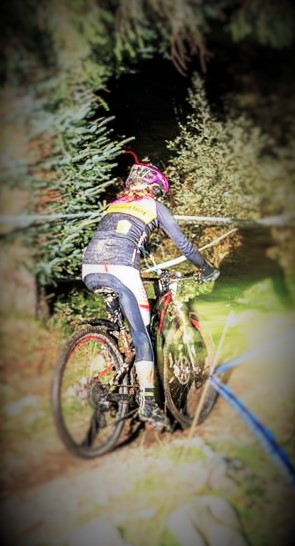 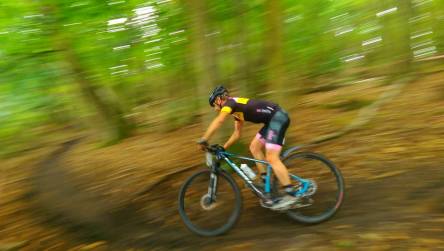 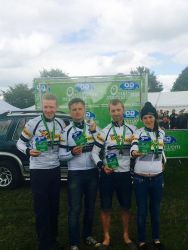